After spending way too much time researching (read: in-depth Google-ing) the dubious existence of a Spanish translation for the term “foodie,” I’m sad to report that no such palabra exists en español.

I try not to talk politics on here, but this issue must be addressed. There is currently an entire nation of foodies being inhumanely deprived of a concise, incomparably descriptive, fun-to-say word for those who love food. Think of the liberation and pride that would sweep España if food-loving Spaniards could stand up and proclaim: Yo soy un foodie. Think of how many sentences could be shortened if there existed a single word for una persona que le encanta comida (one who loves food).

That said, I hereby request that the Spanish Ministry of Diccionarios instate an español version of the word “foodie.”

I received the following right-to-the-point e-mail from my lovely cousin Christina last week:

You should try chocolate chips, and marshmallows in your oats, and put gram crackers on top.

Not one to disregard delicious-sounding breakfast suggestions, I heeded Christina’s advice. Except, in an attempt to infuse this decadent bowl of oats with a little protein, I subbed her chocolate chips with chocolate nut butter. 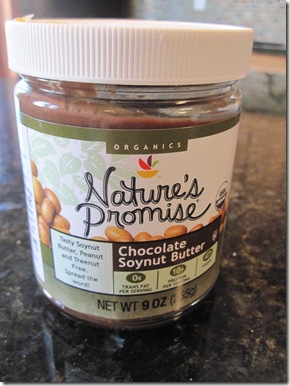 I dipped into this last week and really did not enjoy it—but I figured I’d give it another shot.

Realizing that my chocolate substitute had the power make or break my breakfast, I had a spoonful straight-up to test its oat worthiness.

It failed. No me gusta. This nut butter wasn’t bad in the “this really isn’t what I was expecting” way, as was the case with cashew butter. It was bad in the “I need to spit this out right now” way. It tasted like a chalky, oily, unsweetened Nutella knock-off.

And so I turned to the tried-and-true chocolate Better N’ PB. 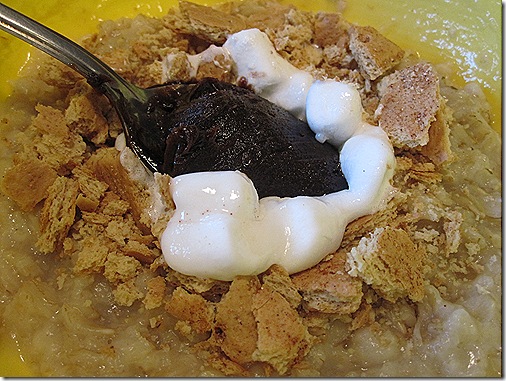 This was fantastic. It was difficult to delegate marshmallow distribution throughout the bowl—but this just made for some incredible marshmallow madness bites.

While this was certainly a decadent way to start the day, it definitely wasn’t as filling as my standard oat bowls. I think I usually bulk up my oats with more nut butter and fruit.

When I realized I needed s’more comida, I turned to an old favorite for breakfast part dos. 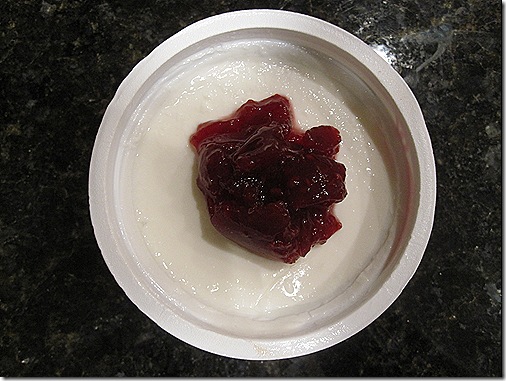 So sweet and simple and satisfying.

Lunch delivered something else I’ve desperately needed s’more of. 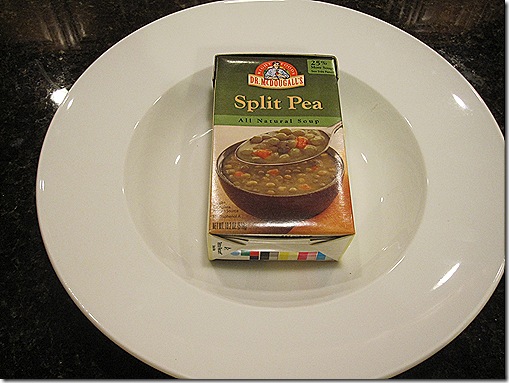 Vegetables! Ever since Thanksgiving (and discovering my taste for chocolate), I have been lagging with my fruit and veggie consumption. So, I got in my greens with some split pea sopa.

I tried Dr. McDougall’s split pea soup for the first time last week, and I wasn’t crazy about it. However, I had another box, and, as was the case with the chocolate soynut butter, I was willing to give it another chance.

I’m going to have to stop doing that. 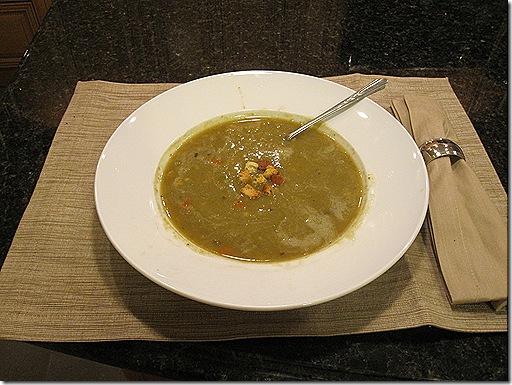 Especially with the edition of these. 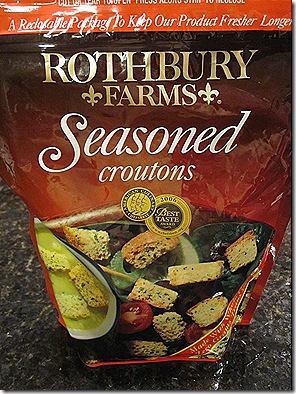 I’m probably being a little harsh with the sopa trash-talking, but split pea is my favorite soup. And the thing I love most about it is its thick texture. Dr. McDougall’s version was sort of watery—with an occasion clump of pea/lentil thickness. 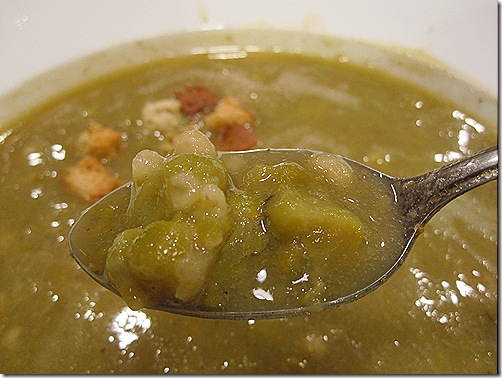 I did think the flavor was great, and I managed to clean the bowl. But, if you’re looking for canned split pea soup, Amy’s is so much better.

On the side, I had a toasted sandwich thin, garlic bread-ified with a smear of butter and minced garlic. 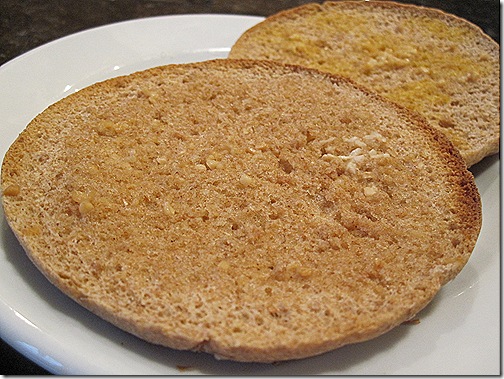 (The creepy yellow hue on the distant half comes from margarine. Gross, but I finished my butter stick on the first half, and was up against the dreadful nasty-butter-substitute-or-no-butter-at-all wall.)

Snack time featured un plato of mixed nuts, dark chocolate chips and a hermit. That lone hermit is a little misleading. Several más were had because I don’t think it’s humanly possible to just eat one. If you’ve done this, you deserve a prize. 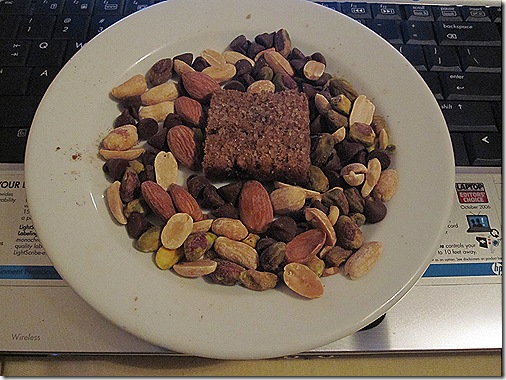 Enjoyed atop mi laptop as I weekend recapped.

I got s’more veggies in during dinner. 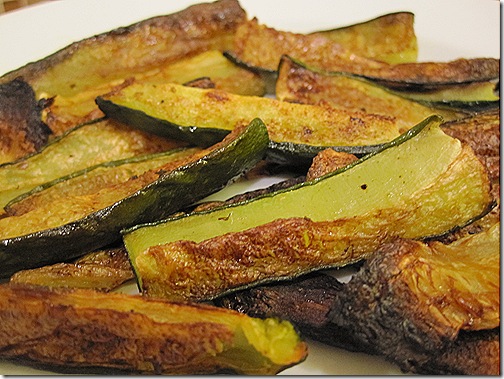 Again, I cannot wait for the return of oven green cheetahs.

I found myself in a muy Mediterranean mood, so I ran with it. 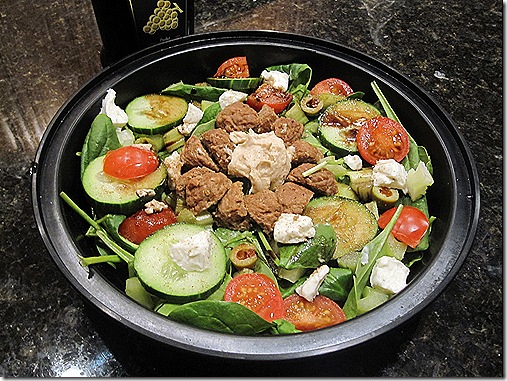 Meatless meatballs aren’t so Meditteranean, but they were amazing, as always. And I pretended they were falafel balls. 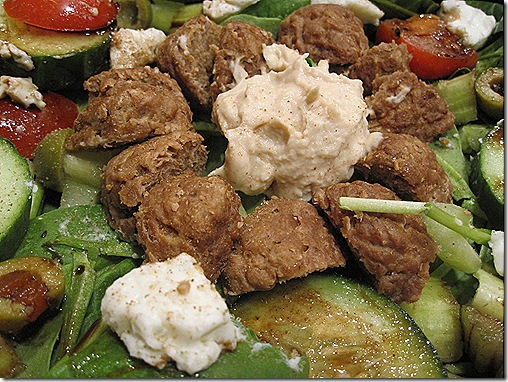 Needless to say, that dollop of Sabra only left me wanting más.

So más was had. 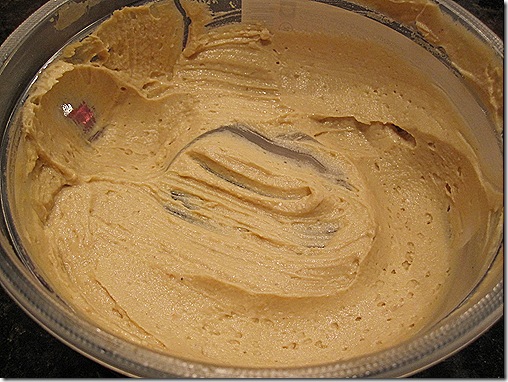 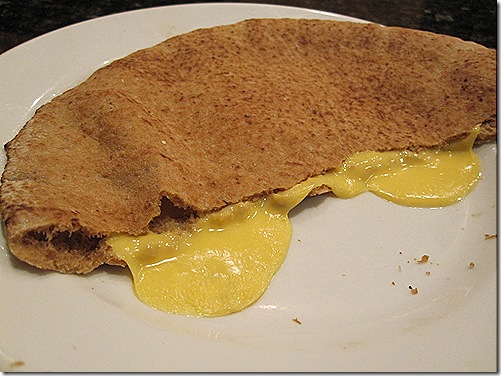 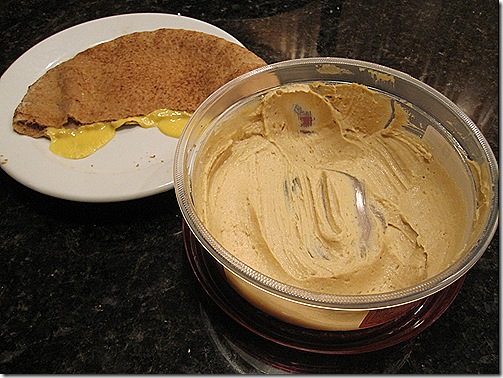 Still, as with the meatless balls, I used my imagination and pretended it was the best pita bread ever.

I guess breakfast left me wanting s’more (I promise, I’m done after that one) because dessert was desayuno–inspired. 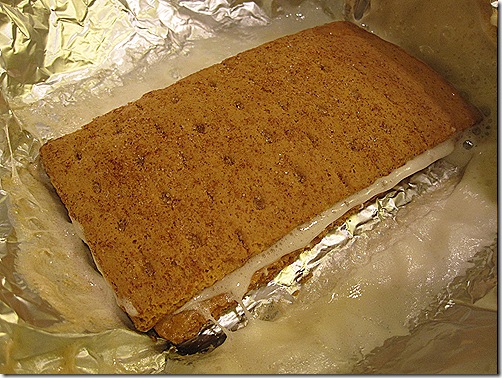 You don’t see any chocolate—because there wasn’t any.

I eat my s’mores chocolate-less. 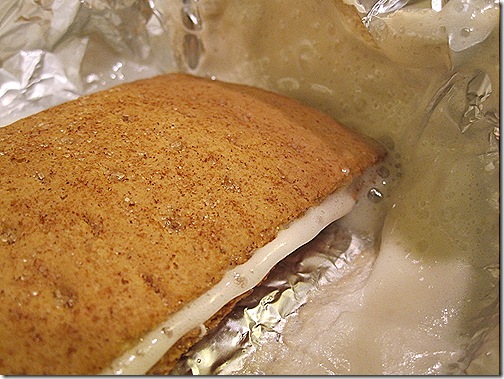 And, though I’ve realized my developing fondness for the dark stuff, there are certain chocolate-less creations I’ve no desire to change.