…and by keeper, I mean slave.

I’m going to have to let the pictures do most of the storytelling in this post because hermanita is still putting me to work. I kid. I’ve been a voluntary servant today, but the girl needs—and I mean, NEEDS—my help. Allow me to present the evidence with a picture story explaining that…

you know you need to get your life together when… 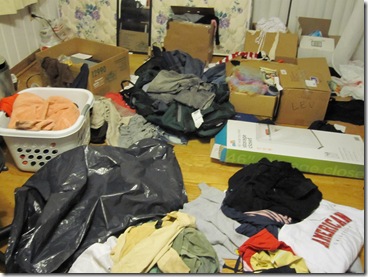 Your room still looks like this after 3 hours of organizing. 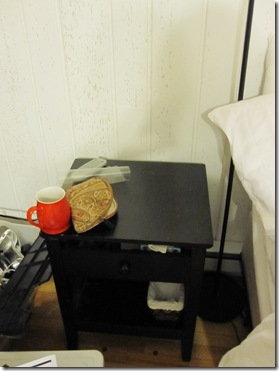 This is your nightstand, which often hosts an alarm clock. When your loving sister asks you if you have one, you reply: “Yea, if I plugged it in.” 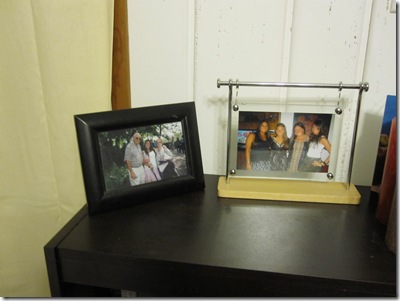 You use frames previously owned by the greatest big sister in the world and still display pictures of her because you are too lazy to change them. (Ok, fine, maybe you just really miss her. This one’s excused…) 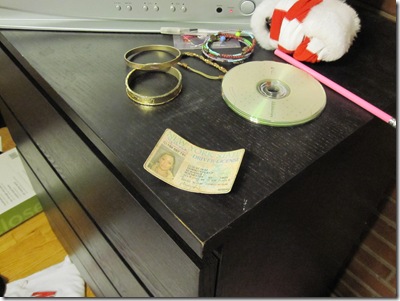 You have an old, expired fake id lying around in your new residence—despite the fact that you haven’t needed it since your big sis turned 21 over a year ago. 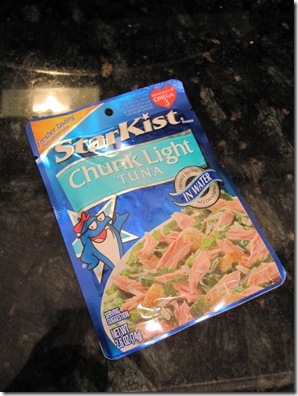 You ask if this needs to be refrigerated.

And don’t know how this functions.

I know that slide show seems superfluous and harsh, but I actually find my sister’s Martian-like organizational and domestic inadequacies hilarious and endearing.

Because I love her so much, I started my day when her alarm cell phone went off at 8:45 a.m. And, in an attempt to wean her off her recent South Beach bar-for-breakfast addiction, I made her this: 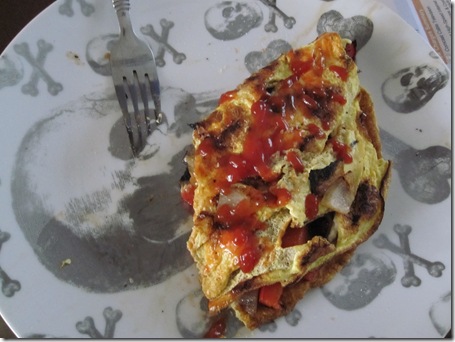 Plus some Joe. Well, this was mine—which I consumed from bed while getting lost in blogland.

I got a little too lost because, next thing I knew, life had fast-forwarded to 11 a.m. and I had to rush to campus (as in my old campus—but that was me pretending to still be a student) for a meeting with an old prof. At which point I realized my “breakfast” consisted only of the above coffee. Not acceptable in my book. 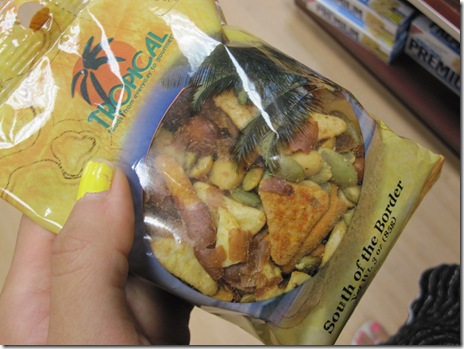 So I picked this spicy trail mix up on the way to my meeting. It’s possible that I finished it during the 5-minute walk from the campus convenience store to my point of destination.

Before digging into a day of cleaning and life-detangling, the sister and I headed to WF and got creative with the salad bar.

One can never fully recount all the makings of a WF salad, but I’ll do my best.

As I got to work on the doomed room, Melissa did this…

But I told you that I’ve grown to understand her uniquely adorable laziness. So I took a break from Cinderella-duties around 7 p.m. to whip us up a real dinner… since I know it’s back to Easy Mac once I’m gone.

Seared scallops in lime juice, chili powder and some DELICIOUS spicy seafood marinade from Whole Foods. Remind me to get you that brand ASAP because it was life changing…

Accompanied by some roasted white and green asparagus. (The white was less than fun to prepare…) 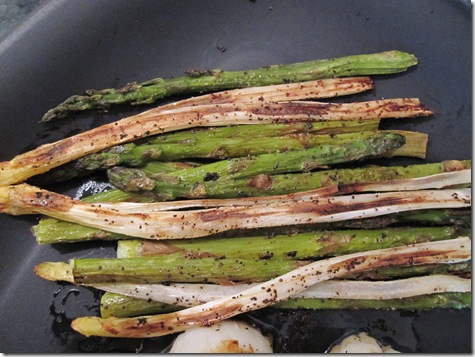 And a side of shrimp cocktail—already-prepared props to WF. 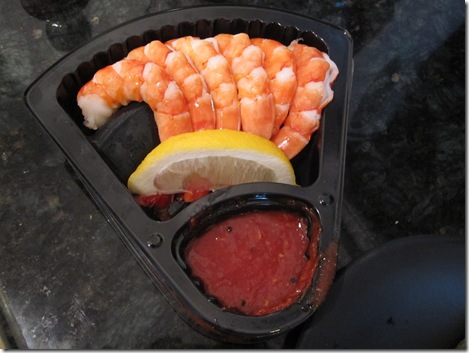 I enjoyed some trail mix while getting back to my duties.

The star of which was definitely…. 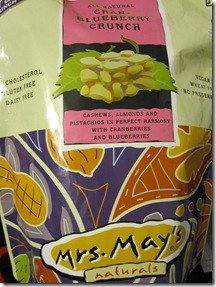 Ok, all, I must get back to Mission De-Mess Melissa. Best friend birthday festivities commence mañana and continue through the weekend, so I’ll be taking a short vacay… on my fifth day. Is that okay? (That definitely rhymed.) But I promise to come back with a proper weekend recap as soon as I’m back in NYC!

Have a fun labor day weekend!